Who is Bidzina Ivanishvili? 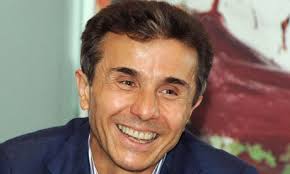 Bidzina Ivanishvili is the wealthiest individual in the nation of Georgia and the 153rd wealthiest person on the planet.  He is 56 years old and makes his residence in Chorvila, Georgia with his wife and 4 children.

In the fall of 2011 he came out against Georgian President Mikhail Saakashvili and created a new political party called Georgian Dream – Democratic Georgia. He wants to become the prime minister of Georgia. Refused of Russian citizenship, he intends to sell all of his assets in Russia. In Georgia, Saakashvili stripped him of his citizenship so now he has only French citizenship. If before the election he cannot get back his Georgian citizenship, his wife will head the Georgian Dream party. He began building his empire in 1990 when, with partner Vitaly Malkin, he set up Rossiysky Kredit Bank. Over the years, he sold businesses that he accumulated during Russia’s privatization era including ore mining and metals interests and he invested the proceeds in the Russian stock market. Also, he has interests in elite real estate projects in Moscow and two 5-star hotels. He owns the Russian drugstore chain Doctor Stoletov. He also collects Impressionist art; his most expensive painting is Dora Maar with Cat by Pablo Picasso, which he bought at Sotheby’s in 2006 for $95 million.