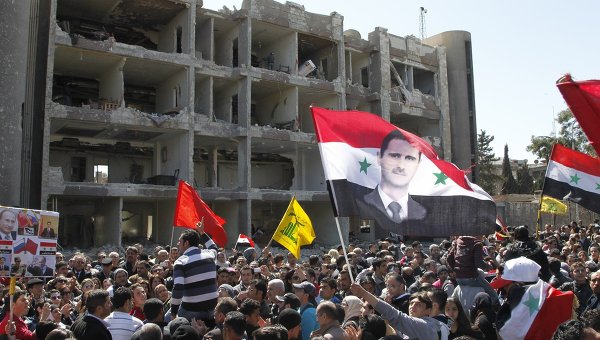 Up to 150,000 Syrians could flee to Russia with the collapse of the regime of President Bashar Assad, a report said.

The International Institute for Strategic Studies said Russia could be swamped by appeals from at least 150,000 people identified with the Assad regime.

In a report, IISS cited tens of thousands of Russians who married Syrians as well as ethnic Circassians whose ancestors arrived in Syria more than 150 years ago and regarded by Sunnis as supporters of Assad.

“Moscow is concerned about the prospect of Circassians relocating from Syria to the febrile republics of the North Caucasus, where their Russian kin reside,” the report, titled “Russia’s Syrian Stance: Principled Self-interest,” said. “This is mainly because of the pressure that such a movement would put on labour markets and government resources in the North Caucasus.”

IISS said Russians comprise a significant portion of those aligned with the Assad regime. The report said Moscow has deployed at least “several hundred” military personnel in Syria, many of them at the Russian Navy base in Tartous.

The report said up to 40,000 Russians were married to Syrians and living in Syria, deemed the second largest military client of Moscow in 2011. The institute said the figure consisted only of those with Russian passports rather than their close relatives.

“For a variety of reasons, the Russian community is regarded as supportive of Assad,” the report said. “If the regime falls, its situation
in Syria could become very awkward, to the point that it might not be tenable.”

Another 50,000-100,000 people were believed to be considering relocating to Russia. The report said the Circassian minority in Syria, many of whom live in rebel-held areas, has been identified with Assad.

“They too are considered to be part of Assad’s minority coalition, and many of them reside in places that have seen heavy fighting and popular displacement,” the report said.